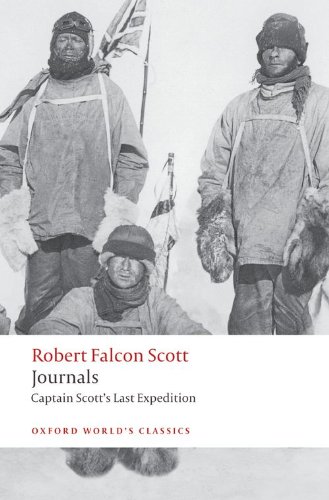 In January 1912, Britain’s Captain Robert F. Scott reached the South Pole, only to find he had been beaten by Roald Amundsen’s Norwegian expedition. Scott and his companions faced an 850-mile march to safety. All perished on the return. A few months later, a search party found Scott’s body and the journals that told his tragic story.
Scott’s own account was published to extraordinary acclaim in 1913. This new edition draws on ninety years of reflection on the Antarctic disaster to illuminate Scott’s journals, publishing for the first time a complete list of the changes made to Scott’s original text. Drawing on previously unused papers from the John Murray archive, Max Jones tells the story of this remarkable book and charts the changing fortunes of Scott’s reputation. The first fully annotated edition, it also includes appendixes on J. M. Barrie’s Biographical Introduction‘ and The Finding of the Dead, plus a glossary of names and a full index.
The story of Captain Scott and his team is sure to captivate modern readers just as much as it did almost one-hundred years ago.